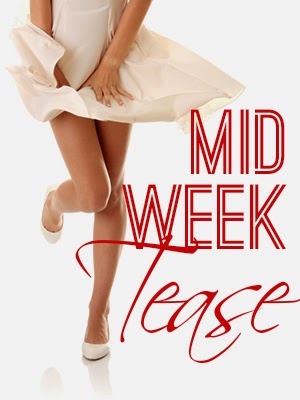 Today I'm offering snippets from my new release A Centaur's Solstice Wish, a sweet M/M fantasy romance, and Book 2 in the Rifts series. Corporal Ronin is trying to find a way to tell Sedgewick how he feels and spend more time with him. But he's finding his training lacking in the area of love.


Love wasn't something he'd trained for. His focus had been on warfare. But in the battle for his heart, he felt woefully inexperienced. Ronin shot a look at Sedgewick, but the private's expression remained shuttered and withdrawn. Ronin focused on trudging to the barracks. He had to come up with a plan of action, or he'd lose Sedgewick forever.
His dam's voice filtered through his memories. To love is to recognize yourself in another, Ronin. How would you like someone to approach you with declarations of affection?
He'd gotten no closer to an answer when they reached the barracks for the men. Sedgewick strode past the dark forms of sleeping stallions while Ronin waited by the door. What could he do? Before he realized he'd moved, Ronin's hooves carried him to Sedgewick's side and he grasped the buckskin stallion's arm.
"Grab your gear and come with me, Sedgewick."
"Sorry, sir?" Sedgewick frowned, his body tense.
"Grab your gear. You're not staying here tonight with that shoulder."
Sedgewick paused, but nodded slowly. "Yes, sir." He stuffed his belongings into his rucksack and followed Ronin back out into the snow.
Not my most affectionate invitation. Ronin swallowed a grimace and led the way to his own quarters. As an officer, he'd been allowed to build his own barn. It wasn't a large space, not like the barn for Captain Yarren Plainsrunner and his mares, but it retained a comfortable atmosphere and space requirements.
"Where are we going, sir?"
"You're going to stay with me until you report to Healer Bethany." Ronin had no idea where this all came from, but he wouldn't examine it until later. "I need to brief the sergeant on the location of those White Lace Stars and check on the men, but I will return. Please stoke the fire and I shall be there presently."
"You want me to stay with you, Corporal?" Sedgewick's eyes filled his face.
"Yes..." Ronin paused and softened his voice. "Please, Sedgewick. Stay with me until you report to the infirmary."
The buckskin stallion still hesitated. "Are you sure, sir?"
"Yes. Very sure." He stepped closer to Sedgewick, nothing but stars overhead. "I would very much like to share the next two nights with you."
Sedgewick blinked as he clutched his rucksack closer to his chest. "Really?"
Did Ronin hear some hope in the question? "Yes, really." He squeezed Sedgewick's arm gently before releasing him. "Please build up the fire and I'll be there as soon as I can."
"Yes, sir."
Ronin nodded and headed back out to the perimeter, not daring to look back. Sedgewick had sounded bewildered and uncertain, but something deep inside Ronin said he'd done the right thing. I sure hope so, or tonight's gonna get awkward.