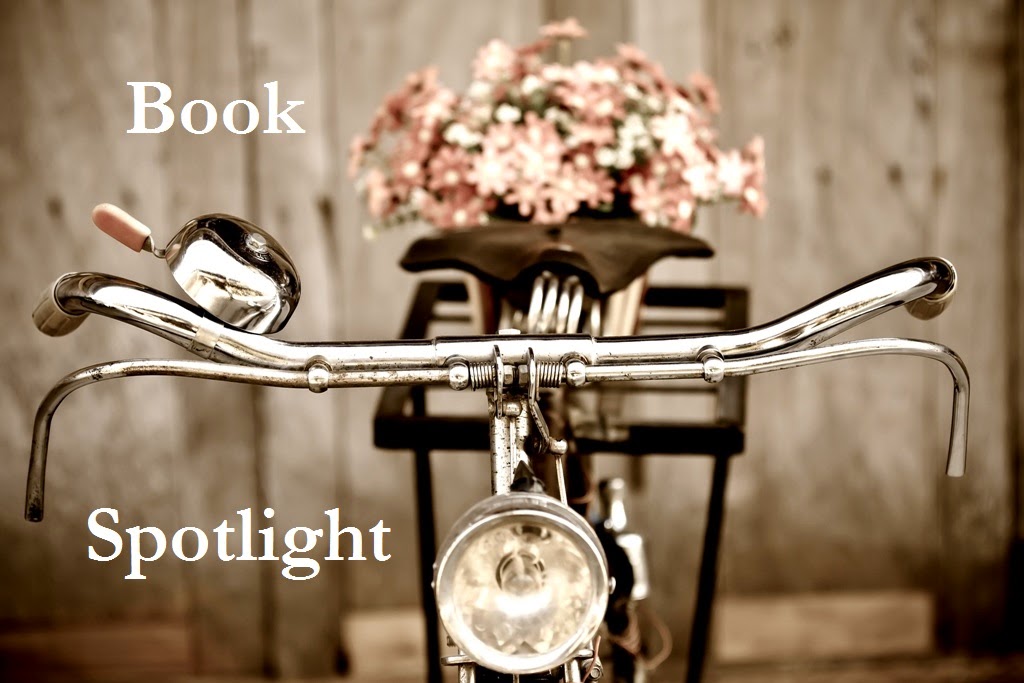 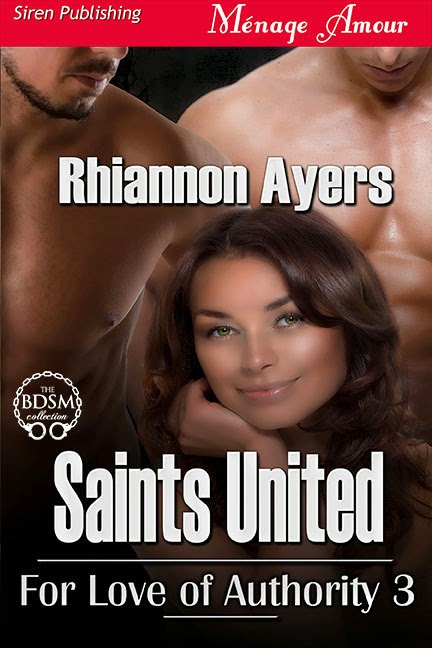 Andre "AJ" Johannes fell in love with his college roommate---he just didn't realize it until it was too late. After spending one unforgettable night in Ryder St. Claire's arms, fate forced them apart. But Ryder still haunts his dreams, and AJ's always wondered what might have been.


Eight years later, AJ is starting over. New job, new city, new life—and all of it without his wife and son. Marian divorced him and took sole custody, leaving AJ to wonder if the rest of his life will end up as useless as his shattered marriage.


Little does AJ know he's got a couple of Saints looking out for him. Ryder St. Claire married Lyss three years ago, and the two of them have been searching for their third--- the man who will offer his submission and give them everything they cannot give each other. But can they overcome years of emotional abuse to convince AJ he deserves to be happy?


“Beautiful?” Ryder called as he closed and locked the door behind them. “We’re here.”
“Yeehaw!” said a joyful voice from the back of the apartment. “I’m just getting changed. Dinner’s on the stove. Right with you, boys.”
A.J. blinked, looking at Ryder questioningly. Ryder snorted. “She’s from Georgia,” he explained, eyes twinkling. “Country girl all the way.”
That explained the accent. Texans were known for that honeyed Southern drawl, but A.J. had never heard an accent as thick as the one Lyss had. If someone tried to spell out the words the way she said them, it probably wouldn’t even look like English. It sounded like she said, “Eye-yam jayast gittin’ chayn-gid. Deenir’s own th’ stow-ve. Reyet wit’ ye, bow-ees.” Kind of funny, actually. And sexy as fuck. There was a deep throatiness to her voice, that sensual timbre you’d expect from a nine-hundred number call girl. He’d noticed it when he listened to Ryder talk to her on the phone earlier, but had assumed he’d misheard because his brain was still swimming in lust from that kiss.
Apparently not. Curious now, wondering what kind of woman went with that kind of voice, A.J. turned toward the hallway across the living room and waited.
And felt all the breath leave his lungs in a silent whoosh when Lyss finally appeared.
Holy God, she was incredible. More striking than pretty, she had high cheekbones, full lips, and a slightly up-turned nose. Long bangs framed a high, aristocratic forehead while mile after mile of wavy, dark-brown hair spilled across her shoulders and down her back. Her shoulders were bared by an emerald-green tank top, while her thighs were lovingly molded by a pair of dark-blue jeans. She wasn’t one of those tiny stick women, either. Lyss had meat on her bones, and she had to be at least five-foot-seven. Luscious curves met his gaze everywhere he looked, from full, high breasts to rounded hips. She wasn’t overweight, though. Just full-figured. And hot damn, what a gorgeous figure it was.
While A.J. just stared, Lyss gave him an obvious once-over, then met his eyes with a dazzling smile that took his breath away all over again. There was so much character in her face, so much life, it was almost painful to look at her. She was entrancing.
No wonder Ryder loved her. No wonder Ryder married her. Holy hell, it was taking everything A.J. had not to drop to his knees in open worship. This woman embodied every single one of his fantasies about women, from her height to her weight to the sheer vivacity in her eyes. She must have men drooling over her everywhere she went.
Guess I still like women, after all. And here I thought my problem was I’d fallen in love with Ryder all those years ago. But that wasn’t what killed my desire for Marian, was it? She just…wasn’t my type. Holy hell, how did I not see that sooner?
His mind going in a million different directions at once, A.J. missed seeing Lyss cross the living room. Next thing he knew, she was standing less than a foot away, looking up into his face with clear hazel eyes that pierced right through every wall he’d erected around his soul, seeing all of him—instantly. He’d never felt so bare in front of another person, and yet he didn’t feel threatened. On the contrary, Lyss made him feel…safe.
Which made no sense. At all.
“I’m so excited I finally get to meet you,” Lyss said softly. A.J. could do nothing but stare dumbly as she reached up and slid her index finger along his jawline. Electricity zapped from that one point of contact straight through his spine, setting off little shivers he had no hope of hiding. Lyss smirked knowingly and caressed him again. “I’ve been waiting for this, A.J. I’m so very, very glad you’re here right now.”
A.J. swallowed hard. “I’m happy to meet you, too, Lyss. Ryder has a lot of great things to say about you.”
She grinned at him, making A.J.’s heart do a funny little dance. “Is that right? Well, did he also tell you I make a mean chicken and dumplings? ‘Cause that’s what I’ve got for ya’ll tonight. You hungry?”
Not for food. But he nodded anyway. “Sure.”
Ryder, who had been silent throughout their meeting, suddenly came up behind A.J., pressing A.J.’s shoulder blades against that hard chest as he lightly circled A.J.’s waist with both hands. That deep, rumbly voice sounded right by A.J.’s ear. “I’m going to go change. You guys get acquainted. I’ll be right back.”
A.J. couldn’t think, let alone respond. Not when they were standing on either side of him, caging him between them. Ryder’s heat blanketed his back, his body a wall of solid muscle strong enough to hold A.J. up no matter how weak he got. Lyss’s inviting curves so tantalizingly close, her hand still caressing his jaw and neck, provided a temptation unlike anything A.J. had ever experienced before. Between the two of them, his mind just…stopped.
His mouth, unfortunately, didn’t.
“I kissed your husband,” A.J. gasped.
Mortified, he cringed, waiting for their anger.
But Lyss surprised him with a laugh. “I know,” she said with a cheeky little grin.
Ryder snorted. “He means today.”
A.J. sucked in a breath as Lyss glanced at Ryder over his shoulder, one eyebrow raised. “Oh?”
Ryder’s shoulders moved up and down in what must have been a shrug. “He was talking nonsense. It was the only way I could think of to shut him up.”


Saints United is available at Bookstrand in all digital formats. Happy reading.
Posted by Siobhan Muir at 2:00 AM